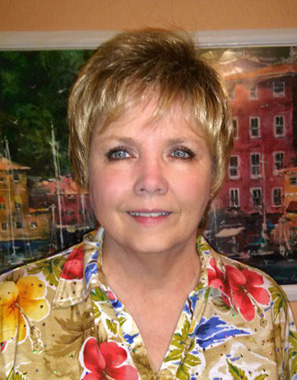 Dede Thomas was diagnosed with scoliosis at the age of 14. Her doctors at the time told her to “lay on your right side and bring your left leg up to sleep, and that’ll fix your curvature.”

Of course it didn’t.

Over the years the scoliosis got progressively worse. Later on, problems with her lower back developed, which added significantly to her everyday pain. She continued to suffer with her worsening condition not knowing if there was a solution and if there was, where she should turn for help.

Dede worked as a parole officer for 20 years in Paris, Texas. In March 2010, she retired and went to see a doctor in Dallas, who specialized in treating scoliosis. The doctor offered only to address her lower lumbar spine pain as her spinal curvature was at 28 degrees and not the 30 degrees he felt necessitated surgery.

In December 2010, Dede underwent back surgery to relieve her lumbar spine back. “After the surgery, I could tell I wasn’t right,” Dede said. “I kept going back to him and said something was wrong but he didn’t want to do surgery again.” The doctor treated her ongoing pain with cortisone injections.

During one appointment, she was told that a specialist just needed to “go in and burn those nerves,” she said. “An inner voice told me: this is not what you need, Dede.”

She turned to her primary care doctor in Paris, Texas for help, who consulted with an orthopedic doctor. “I knew I had to do something, I was in so much pain.” Her doctor recommended Dr. Jason Taub in Dallas, and made an appointment.

During the first visit “Dr. Taub showed me the film of my back. Even I could see that my L2 was almost off of my L3 disc,” Dede said. “What’s holding it together?” she asked. “Your spinal cord,” Dr. Taub answered.

“But then Dr. Taub looked right at me and said, ‘Dede, I can fix you and I can fix you safely’,” Dede recalled with emotion. “He wasn’t just talking about my lumbar spine, but the scoliosis I had endured my entire life.”

In May 2015, Dede underwent an 8-hour lumbar and scoliosis surgery at Methodist Hospital for Surgery in Addison. “It was a Friday. I went home on Monday. Immediately I could tell that something had changed when I woke up from the surgery. But once I got off medication, I realized all the nerve pain that had been killing me for all those years was gone.”

“Today I feel great. Dr. Taub gave me my life back. I still have a muscle spasms from time to time but compared to the way I used to feel, I am 110 percent better,” she said.

“I love to travel with my husband but it had gotten to where I didn’t even want to do that. When you travel you want to walk around and see things and it was just misery for me to do that,” she said. “But this last fall we took a trip to the Northeast and this summer we’re taking a cruise from Vancouver up to Alaska.”

“My last visit was this past Monday (Feb 15). He released me and said, ‘You call me if you need me.’ I would recommend Dr. Taub to anyone who is suffering from scoliosis or sciatica. He will fix you and do it safely, just like he did for me.”