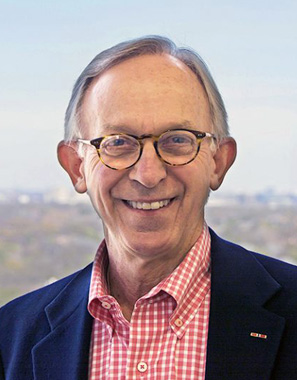 A recent study by the Centers for Disease Control and Prevention (CDC) found that men and doctors don’t mix. Men tend to think they are either too busy to see a doctor or that things will just work themselves out over time.

Robert Blanshard is a classic example.

“I’ve known Dr. Richard Jackson socially for more than 30 years. About five years ago, I started having symptoms where my hands would go numb at night. The pain would wake me up, but I’d reposition my body and go back to sleep.”

“I knew other guys who were experiencing a similar loss of feeling, but after living with it for a few more years I decided to ask Richard what he thought. He had me take a nerve test and an MRI. The nerve testing revealed I had carpal tunnel syndrome in both hands. The MRI showed that my spinal cord was being irritated by bone spurs and other calcium deposits. Of concern was the fact that several of the discs in cervical part of my spine – my neck – were shot and needed attention.”

He told me, “You need to get this fixed.”

“But I was not into it, so I ignored both him and the problem for the next 3 years. Over that time the symptoms got progressively worse. One day, the thumb on my hand just quit working. I went to see Richard again and he ordered the same set of tests. The MRI came back pretty much the same, but the nerve test showed a significant difference.”

“He told me that the nerve that travels down my neck and shoulder and into my hand showed no activity at all – like it had been disconnected.”

At which point, Robert Blanshard heard Dr. Jackson tell him, “You need to get this fixed.”

This time he listened and surgery – an anterior cervical corpectomy – was scheduled. The procedure would cover removal of the C5 disc and partial removal of the C4 and C6 discs to address Robert’s advanced cervical stenosis. A titanium plate was added to stabilize the area, along with a bone graft inserted into the space to allow for a fusion of harvested bone segments to form into one long bone.

“The first night I tried sleeping on my side, I slept all night. And when I woke up, my hands were not asleep – I could feel all eight fingers and two thumbs, and I knew that the surgery had worked.”

“Dr. Jackson estimated my surgery might take 4 hours. Because it was a delicate operation, he asked a colleague, Dr. Jason Taub, to assist. ‘I want another set of eyes on this,’ he said. “The surgery was actually completed in three hours. I was told I have a good anatomy for such surgery.”

“When I got out of recovery I was in no discomfort. At the time I really didn’t know if the spinal procedure was successful or not, as my only discomfort was at night when my hands would go to sleep and the pain would be intense enough to wake me up.”

“When I got home, I tried sleeping in a chair thinking that was my best option. When I couldn’t sleep, I reread Dr. Jackson’s post-op instructions, which explained that I could sleep on my side. The first night I tried sleeping on my side, I slept all night. And when I woke up, my hands were not asleep – I could feel all eight fingers and two thumbs, and I knew that the surgery had worked.”

“Dr. Jackson also fixed the carpal tunnel issue in my right hand – and that’s worked out great, too. The mobility is back. I can fill out long forms, use a screwdriver – though he told me I needed to wait until April before I play golf.”

“I had my surgery in October, so the timing should work out perfectly.”

“All in all, I’m in great shape, because I listened…and I got it fixed.”